Allied bombers in WWII hit their targets with less than 7% accuracy. If you’re a marketing professional in charge of lead generation, you know the feeling. Google Ads only hit their target (generate a lead) 3.17% of the time, and there’s no guarantee that converted lead is a qualified prospect. Worse, the average cost to generate a lead through Google Ads is $60 according to SurveyAnyplace.

If you're a business professional conducting an equity crowdfunding raise, these numbers aren’t just inefficient, they’re fiscally prohibitive. Using Business Insider’s equity crowdfunding calculator, only 5% of interested leads convert to investors (or 1 out of every 20 leads generated through Google Ads). That’s a true average cost per investor of $1.2k.

In addition to the improved ROI, LeadLoft’s ability to generate these leads is instantaneous. LeadLoft also integrates with one’s pre-existing CRM through Zapier and comes with deduplication technology that ensures one never pays for a lead they already have.

Shouldn’t our technology be more precise in 2019 than it was in 1945? To get started I may be contacted at schuyler@leadloft.io.‍

Addendum: 7 months into LeadLoft's operation, we've come to focus specifically on contacting high net worth accredited investors and business professionals. Due to the vast means at the disposal of these individuals, it of course would not make sense to pitch them the Reg CF avg. investment of $856 when they have the ability to invest $107k per year (or more under Reg A+ / D) according to the 2012 JOBS Act. The sky is the limit in terms of what ROI you may derive from using LeadLoft when implemented for investor acquisition and/or lead generation.

Get one new article delivered to your inbox every Monday. 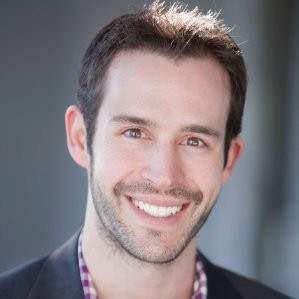